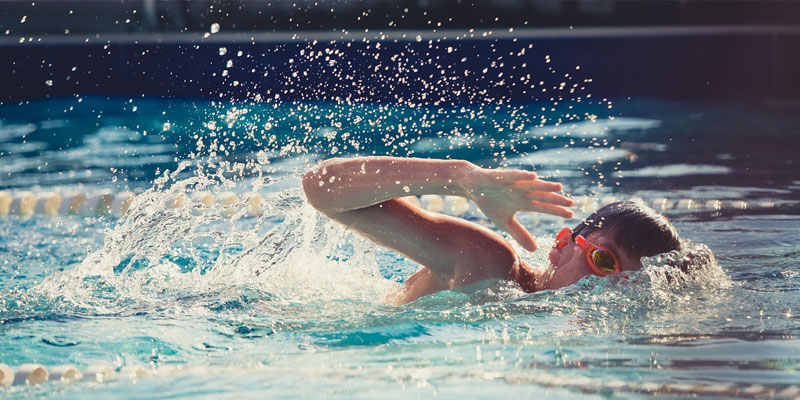 The North St. John’s Swim and Tennis Club was established in 1964 at the end of Marydell Road in Ellicott City, Maryland. The eight acres of land was a gift by surrounding neighbors to start a local swim club.  NSJ celebrated its 50th Anniversary in 2014 and has continued to maintain the original appeal of the club.

NSJ is run by volunteers that consist of the Board of Directors.  There are five Executive Board positions and eight Directors. The pool was initially managed and staffed by the Board of Directors and Pool Manager.  In 2011 the Board hired Continental Pools Inc., a pool management company, to oversee the facility maintenance, staffing and training of employees. In fall 2017 we changed management companies and are now employing American Pool Enterprises, Inc. to maintain, manage and staff the facility.

The club is a high-usage facility during the months of May through September. To retain membership and a wait list, we are constantly maintaining the pool, club house, tennis courts and grounds. We have consistent membership retention of 450 families, and primarily draw from the immediate Ellicott City area which includes 5 elementary schools (Hollifield, St. John’s Lane, Waverly, West Friendship and Manor Woods), 2 middle schools (Patapsco and Mount View), 2 high schools (Mt. Hebron and Marriott’s Ridge) and 1 private school (Resurrection).  We are honored to have some founding members and their younger generations as part of the NSJ family.

In the past decade we started, and continue to refine, an initiative to build and retain a wait list.  We have partnered with Howard County to promote our club through the Recreation & Parks website; we advertised through Howard Magazine to elevate our presence in the community and increase our visibility to those families moving to Howard County; and we continue to partner with our supporting schools through their fundraising efforts, although COVID has changed some of our protocol.

Starting in 2008, the pool and surrounding grounds have been maintained and upgraded as funding permits.  We first renovated the club house to include a full-service snack bar, ADA accessible restrooms, an office and front desk/check-in area.  Following the club house renovation, the pool and surrounding deck area were updated for the 2011 season. We continued the upgrades with new pool tiles, pool covers, painting the club house, new roofing for the clubhouse, shed and grilling gazebo, new siding for the shed, and so on.  Most of the renovations have been done in phases because a loan was necessary to fund the expenditures.

In 2019 we installed a new filtration system for the main pool. The existing filtration system was original to the facility and required a tremendous amount of work as well as an update to the screen filters.  The new system is a state-of-the-art glass substrate system and was installed by Continental Pool.

Our lower grounds suffered from a lack of drainage to help with moving the water under the property instead of across the land which caused damage to the tennis courts and other structures. We contracted Rhine Landscaping to renovate our lower area to provide the much-needed drainage to the entire are as well as with fix the tennis courts that were damaged due to water during the storms in May 2018.

Finally, we fully implemented the Member Splash member management program and website to manage our membership, help with staffing, and limit financial transactions at the pool.